Ok! It's been a while, so here's a little refresher. We left off in Tenorio, Costa Rica, near Bijagua. This area is best known for Tenorio National Park, where the shockingly blue Rio Celeste meanders along to a stunning waterfall.

We stayed at the nearby at the Casitas Tenorio, a small bed and breakfast where visitors stay in cabins and where the owners are very much in tune with the land and the wildlife. They have a feeding area set up for birds where breakfast is served. They just toss some bananas grown on the property into the nook of a tree nearby and the birds flock to it.

The bird landscape evolved over the course of the morning. Some that we'd seen earlier in the morning never came back and others only showed up later.

We were supposed to head up to Arenal that day, which is a perfectly conical volcano and one of Costa Rica's top attractions, but it was just so far away and we were enjoying ourselves so much that we decided to cut it completely from the itinerary. We ended up hanging out at Casitas Tenorio until 11 am, watching the birds from the breakfast area and wandering the trail on the property. 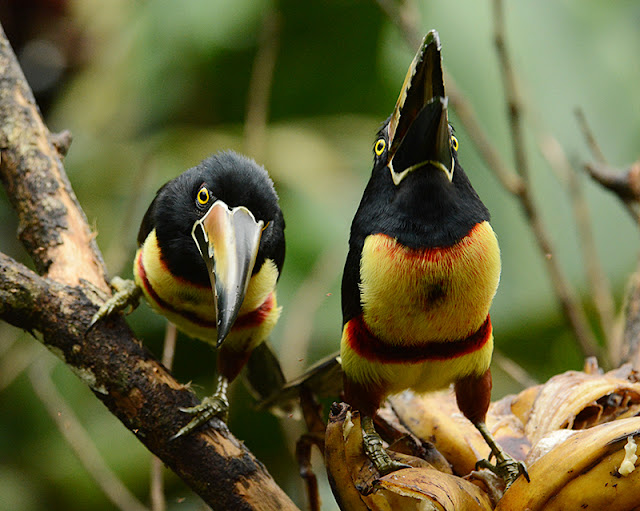 I fell in love with the aricaris (and pretty much most of the birds I saw at Casitas Tenorio). While they look much like toucans, they are much smaller. The toucans are huge! 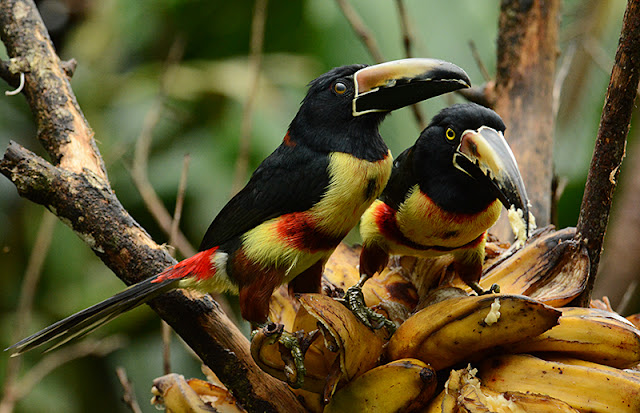 It wasn't until things quieted down and people had finished up breakfast and left that the timid toucans came in. Still, they did so very slowly and carefully, but patience always prevails in birding! 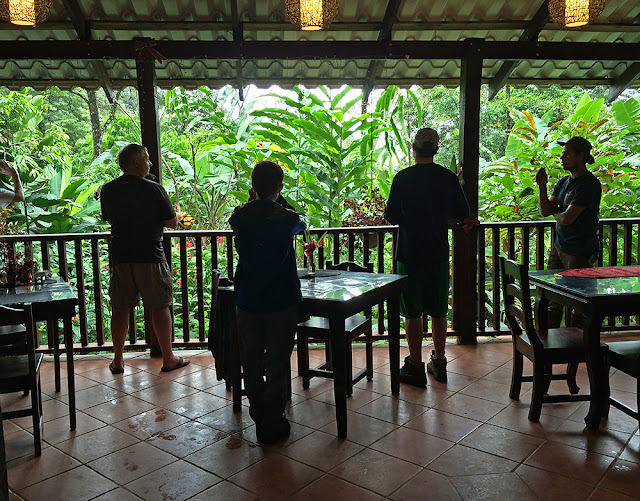 Donald (right) is one of the owners and he took us on a stroll around the property. He managed to find us two sloths (I think they were two-toed but I'm not sure). They are so hard to spot - like most wildlife in Costa Rica, it's incredibly hard to spot anything without a trained eye. These are fairly large animals and still so difficult to see. They blend in so well (in fact, their fur goes a little green from algae growing on them, because they are so slow and always wet). 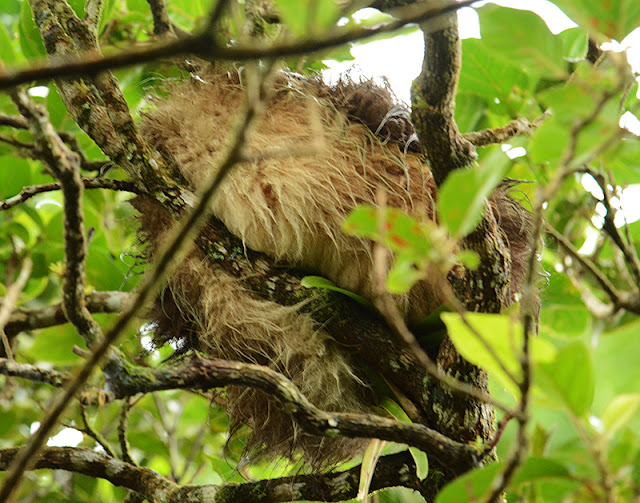 We got much better views of the toucans than we did the previous day. I suppose I was influenced by the outgoing personality of Toucan Sam, so I was surprised when I realized how shy, quiet and careful toucans are in reality.

Finally, we started to make our way over to Monteverde after check out, where the cloud rainforest is major destination for birders from around the world. Stay tuned for that!
Posted by Jenna at 5:34 PM

What's this all about?

In 2010, I got the birdwatching bug. A couple months into the year, I challenged myself to spot 100 different kinds of birds by the end of the year. This is where I documented that quest. Read the first post for the deets.

I achieved my goal on September 25, 2010, but I continue to share my birding experiences!

Birds I am dying to see

Birds I wish lived in my region